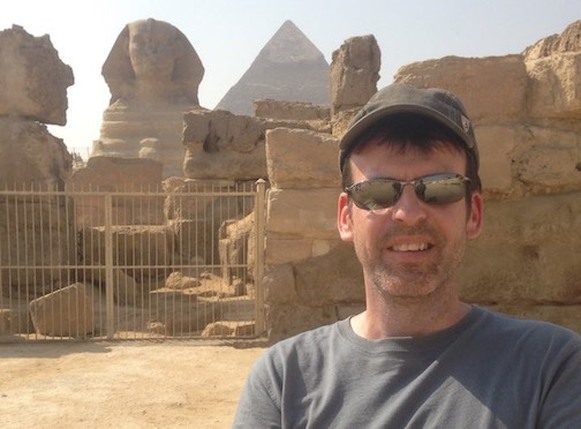 Scott has filmed in iconic locations all over the world, including the Maya jungles of Guatemala in which (gratefully) he saw no snakes; the pyramids of Egypt where he could not resist taking the above selfie; ancient markets in China where he ate the best meal of his life; and Mexican deserts where (sadly) there were snakes.
​
Scott's documentary film work has been nominated for three national Emmys. He is a member of the Writers Guild of America, the National Academy of Television Arts & Sciences, and the Producers Guild of America, and he sits on the National PGA Committee for Documentary and Non-Fiction Production. He is president and executive producer at Time Frame Films.